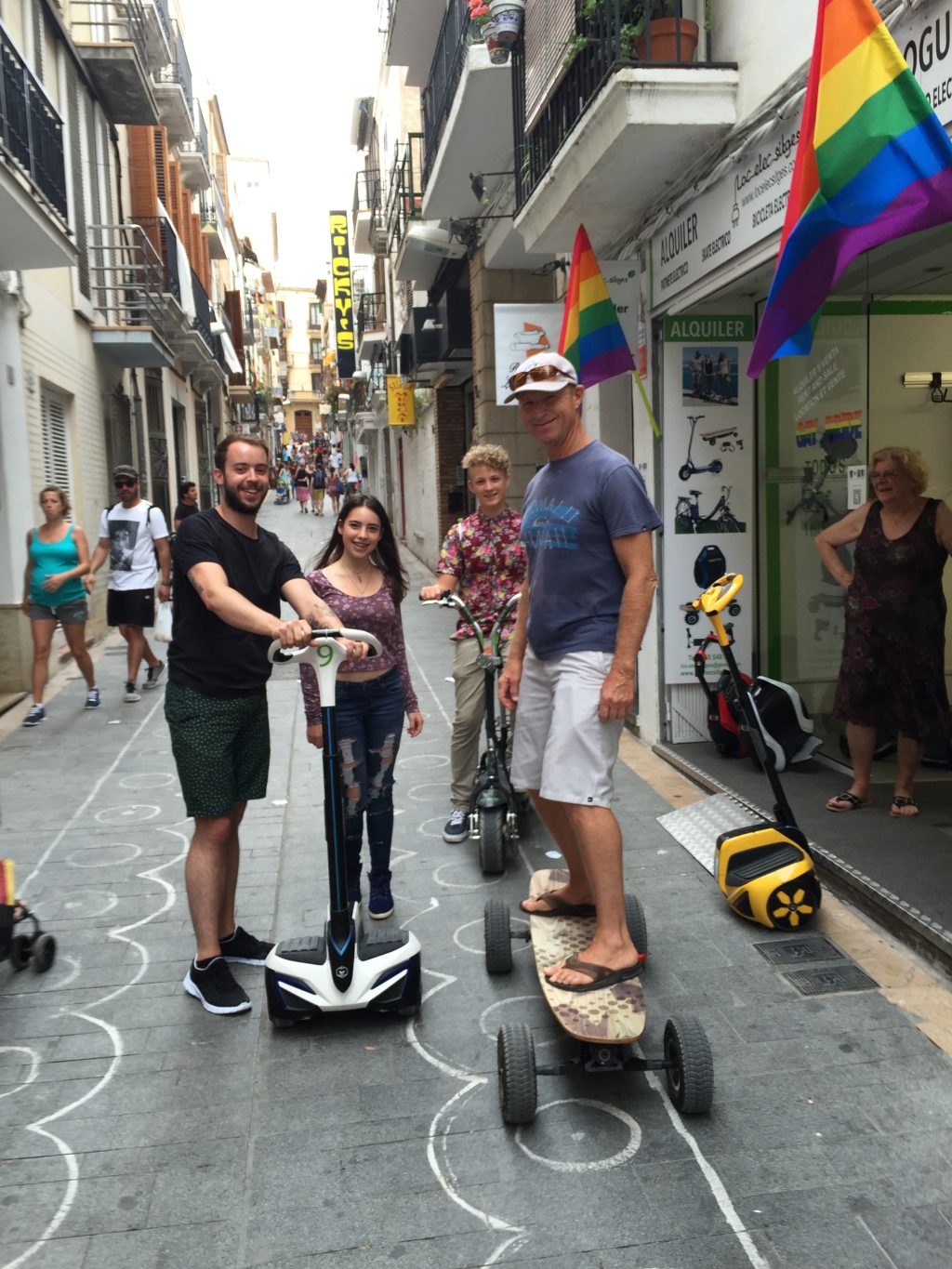 The present castle in Peniscola was built by the Knights Templar from 1294 to 1307. It looks like a prime piece of real estate that would be easy to defend. From 1415 to 1423 it was home of the antipope Benedict XIII. Wait…antipope? What is an antipope?

An antipope (Latin: antipapa) is a person who, in opposition to the one who is generally seen as the legitimately elected Pope, makes a significantly accepted competing claim to be the Pope,[1]the Bishop of Rome and leader of the Roman Catholic Church. At times between the 3rd and mid-15th century, antipopes were supported by a fairly significant faction of religious cardinals and secular kings and kingdoms. Persons who claim to be pope, but have few followers, such as the modern sedevacantist antipopes, are not classified with the historical antipopes. https://en.wikipedia.org/wiki/Antipope#List_of_historical_antipopes

Between 1378 and 1417 there was the Western Schism in the Roman Catholic Church. During the Western Schism there were several men claiming to be Pope at the same time. The Schism was not caused by theological differences. It was about power. Each of these men was backed by a group of supporters who wanted the power and money that came with the papacy. (FYI there is also an East-West Schism which refers to the break between the Eastern Orthodox and Roman Catholic Churches.)

How does all this relate to Pensicola? In 1398, Benedict XIII was abandoned by most of his supporters as the Catholic Church worked to end the Western Schism and unite the various factions so that they all recognized the same man as Pope. Benedict refused to give up his title as Pope and had to seek refuge in Peniscola where he lived for the rest of his life. This part of Spain was then in what was called the Crown of Aragon. Benedict claimed to be Pope in opposition to the legitimately elected Pope and had enough members of the clergy backing him, so he is considered an antipope.

When I first started reading about Benedict XIII, I found the story intriguing. The more I learned about him, though, the less I liked him. He was an anti-Semite who wrote the Disputation of Tortosa, 1413-1414. Which was a “debate” between Christians and Jews that the Jews were forced to participate in. The purpose was the conversion of Jewish citizens. We had learned about these sorts of debates in Girona, https://blairleeblog.wordpress.com/2015/06/09/leaving-girona-for-the-abbaye-de-capservy-in-the-south-of-france-june-3-2015/. The result was that most wealthy Jews in the Aragon area did convert to Christianity. Benedict engaged in this to bolster flagging support for his claim to the papacy. He wasn’t successful in this, but the Dispuataion of Tortosa is considered the most prominent Jewish-Christian disputation of the Middle Ages. Pope’s preaching prejudice (even the ones who are just antipopes) should be an oxymoron not just alliterative .

Peniscola is close to Sitges which made today’s drive easy. Earlier in the week, I researched the best beach community near Barcelona to spend 3 days in. Sitges, Spain came up. I am so glad we chose there. We all liked it a lot! Right away!

In Sitges, we stayed in a second floor apartment over a cafe right across the street from a beautiful beach, https://www.airbnb.com/rooms/4981447?euid=5fcbbd65-f44e-162e-ee92-0902b9ae0a98. If you think we broke the bank on our accommodations this trip, we did not. These sort of accommodations in Spain are much more reasonable than they are in the U.S. Half a block up a walking street was Loc Elec Sitges, http://www.locelecsitges.com/en/. When you travel with two active teens, you find yourself looking at the sorts of activities we found at Loc Elec and in Ainsa. Even the most ardent history buff (me) gets burned out on historic sites if you do not break it up from time to time. This trip had more breaks than normal. Maybe that is the trend with Sean and friends for the next few years.
Loc Elec Sitges is a family run business. We dealt with Xavier. He was great. He let us try everything we wanted to. The gyropode was all I wanted to try ;-). Everyone else wanted to try more than that. We all settled on what we thought we would like best, and then we were off.
We rode up and down the boardwalk for a couple of hours. It was a great introduction to the town of Sitges. Sophia and I stopped occasionally and shopped from stands we rode past.

The gyropode I rented spoke Chinese. I thought Xavier was kidding when he told me this, but he wasn’t. For a short time I knew how to say, “Slow down, you are exceeding the suggested speed,” (or something close to that) in Chinese. If I ever go to China let’s hope I don’t need to know that phrase!

We had so much fun! 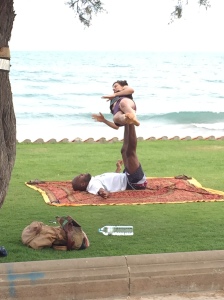 Somehow Sean managed to turn my gyropode off. By the time I figured out how to turn it back on, I changed it from Chinese to English. It was more fun to ride when I didn’t know it was telling me to slow down 😉