The kids were ready to get to Granada. The house we were staying at there had a pool, and they wanted to swim in it. It had been warm and sunny for the past three days, definitely swimming weather. 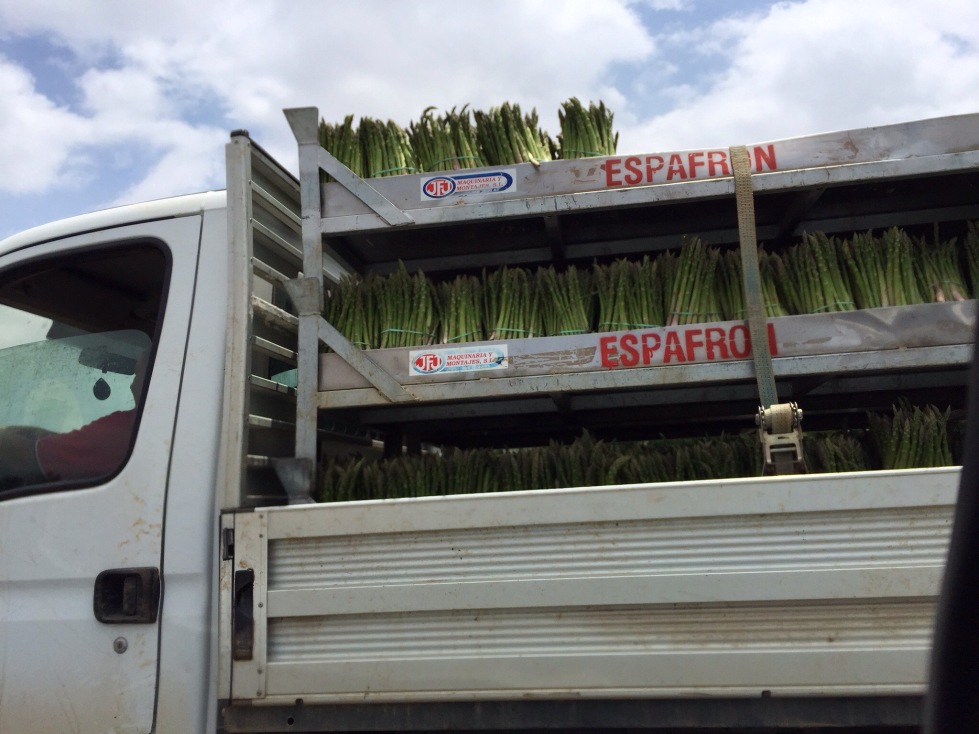 Jim spotted this on the way there. I wonder if asparagus is transported like this everywhere? Spain has the best produce. The Spanish are proud of this too. Organic food and food that has not been genetically modified are the norm not the exception. When they get rid of weeds from between the cracks of sidewalks they use weed-whackers not Round-up. The Spanish seem to have made a conscious decision not to poison the Earth and its inhabitants. It changes the dynamic in a very positive way when consumers are put before big corporations on food issues. It is lucky for us we have been staying in some Airbnb properties so I observed this as we have been shopping in the small markets here.

The house we rented for 2 nights is in the Albaicin district in Granada is in the old historic Moorish area. As you will see many of the homes in the area and the streets still show the historic influence. The kids and I were dropped off with Samar, the home owner and walked to the house while Jim found a place to park where the lanes were wide enough to fit our rental car.

The entire Albaicin neighborhood was declared a world heritage site in 1984. One of the main tourist attractions in Granada is walking in this area. The cobbled streets, architecture, and small market squares transport you back in time. Here is a link to a good Wikipedia article about this area, https://en.m.wikipedia.org/wiki/Albayz%C3%ADn

There is also a nispero tree. 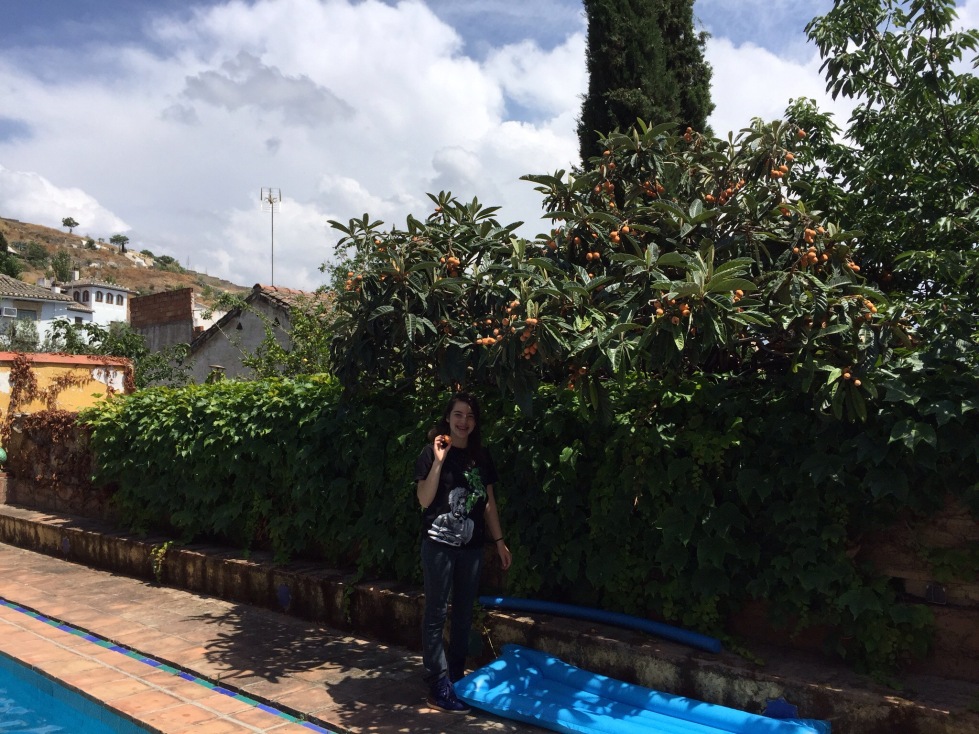 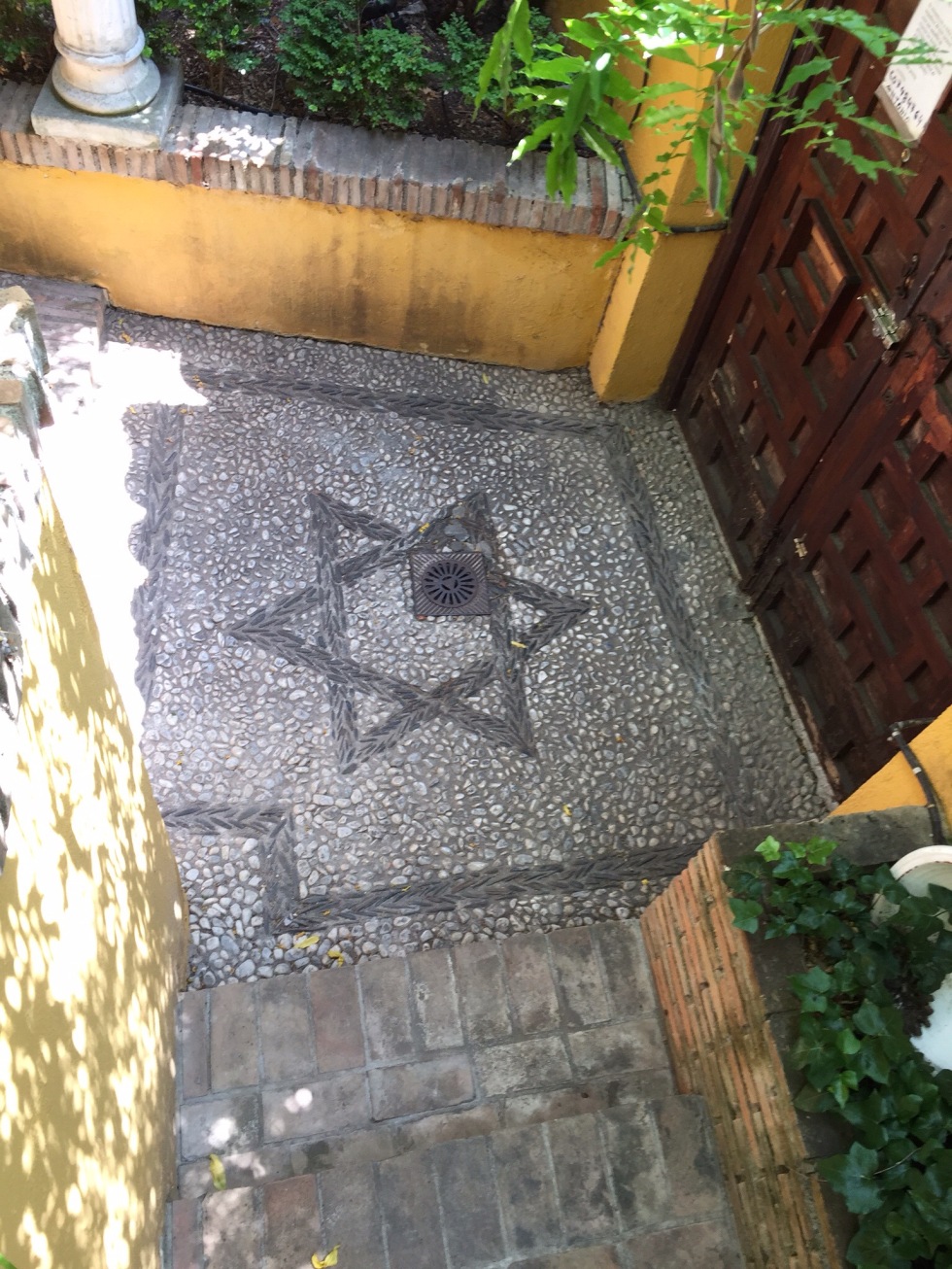 The kitchen! We went right out to buy food to make dinner at the house.

When we were grocery shopping in the Alabicin area, Sophia turned to me and said, “We have found the hippie district of Spain. I bet there are homeschoolers here.” We Googled it, and there are.

You are a vegan and a vegetarian? Sophia and I heard many times on this trip. Spain is a meat eating, meat loving country, but it has a core of people who are passionate about not eating meat. These people loved the Americans who were vacationing in Spain and not eating meat. When the ecological food store owner (We saw this term on many store fronts. We think this is what Spain calls their organic stores.) learned about our eating habits, she gave Sophia a milk chocolate bar for a present and me candies that were vegan, figs stuffed with hazelnuts dipped in vegan chocolate. They were really good!

The furnishings in the house we stayed at were lovely. This house really was a find. It is in a lovely quiet area. It has everything you could want, and it is beautifully appointed. 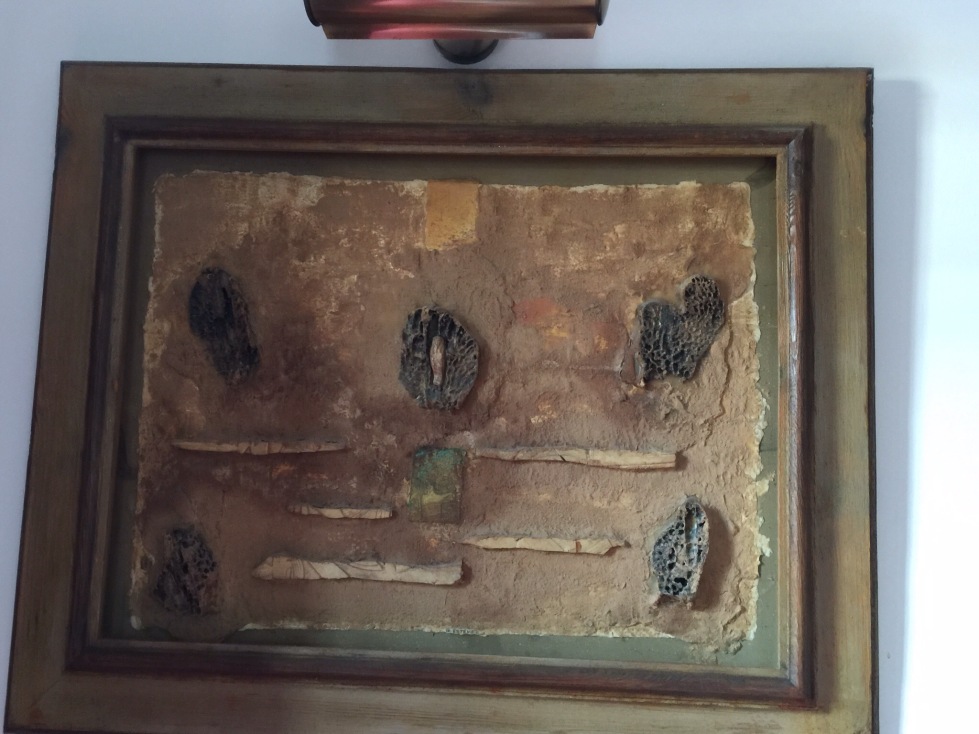 Samar told us we should walk up the hill to the white church to see the Alhambra at sunset. We stopped and took photos of graffiti along the way. Sean has always loved graffiti and likes to check out any he sees and likes. Hmmm, why is the vegan taking the picture, not in it?

This entire area from Seville east has cave houses like the one below. 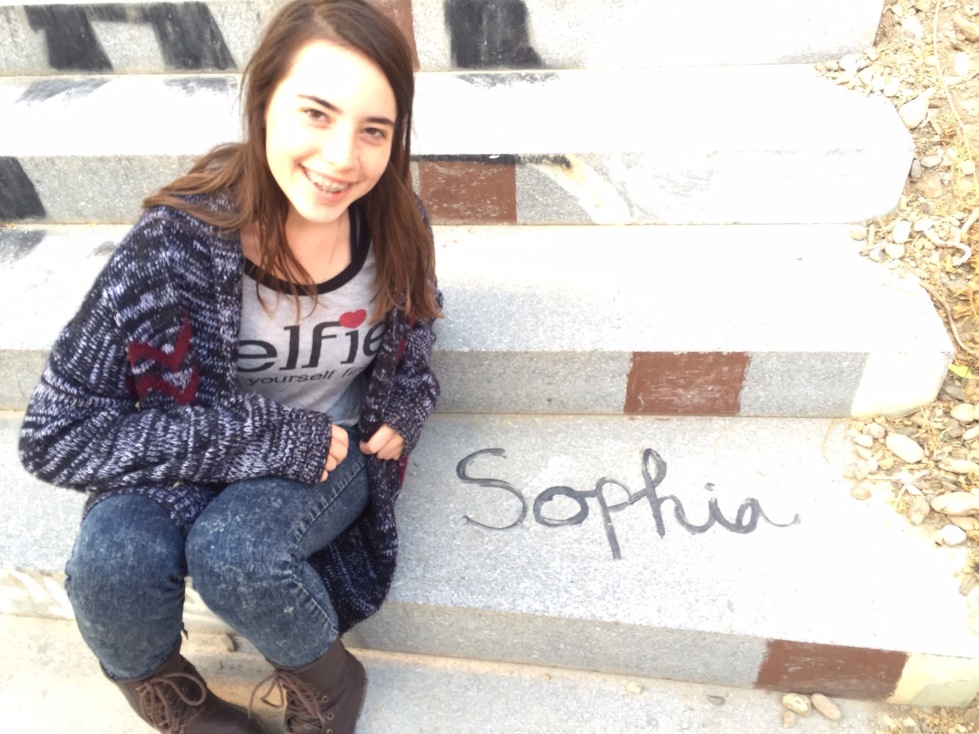 The view of the Alhambra from the white church on the hill. 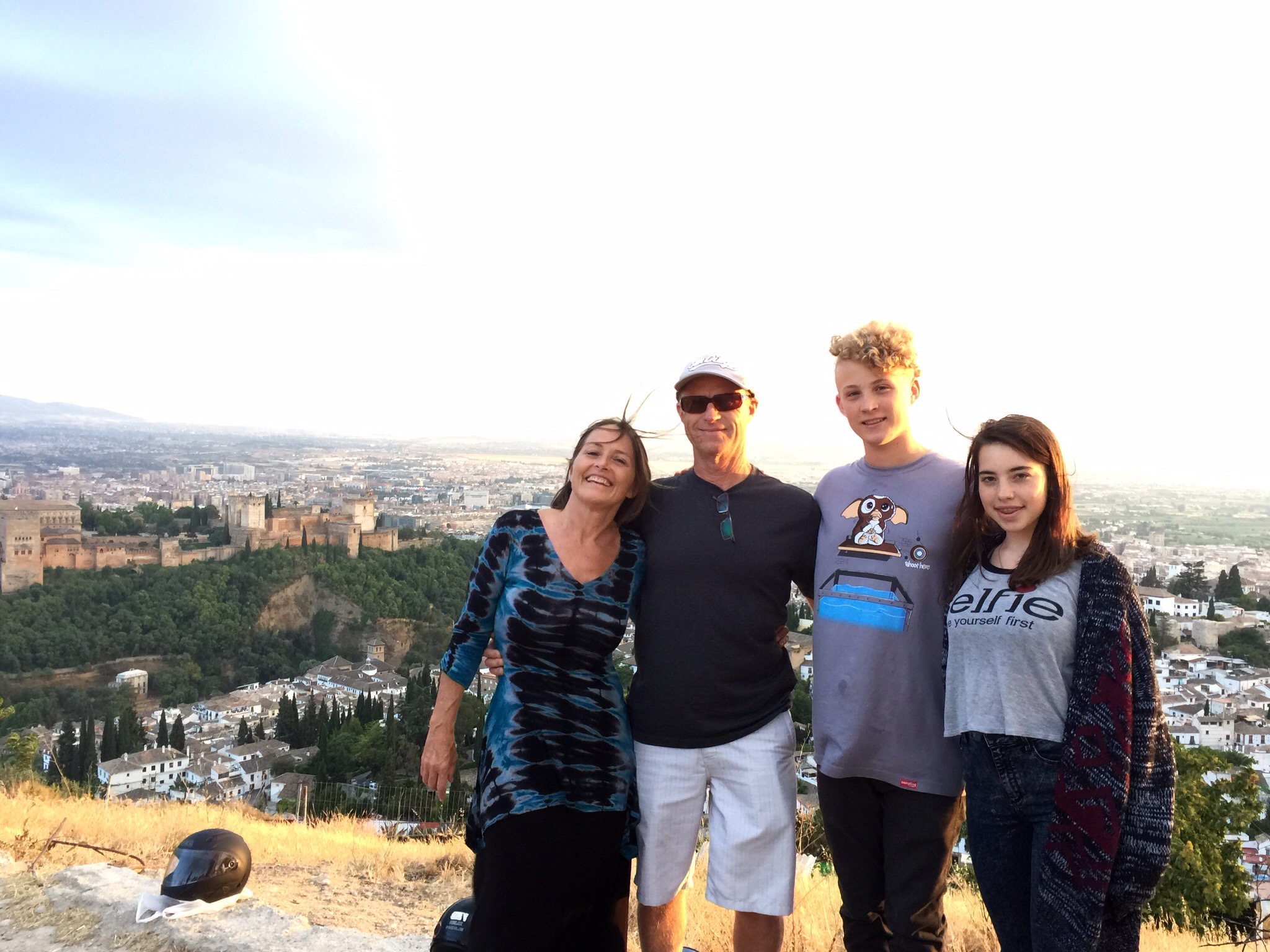 Do you see The Alhambra at our shoulders? The photo below is of some guys we met and started talking to at the top. 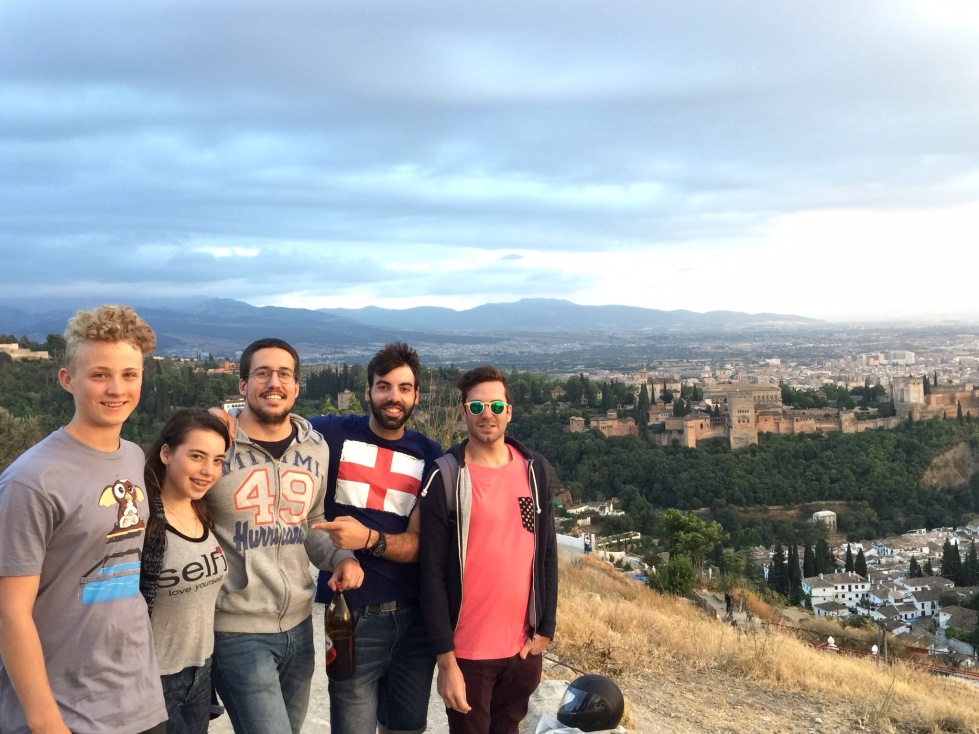 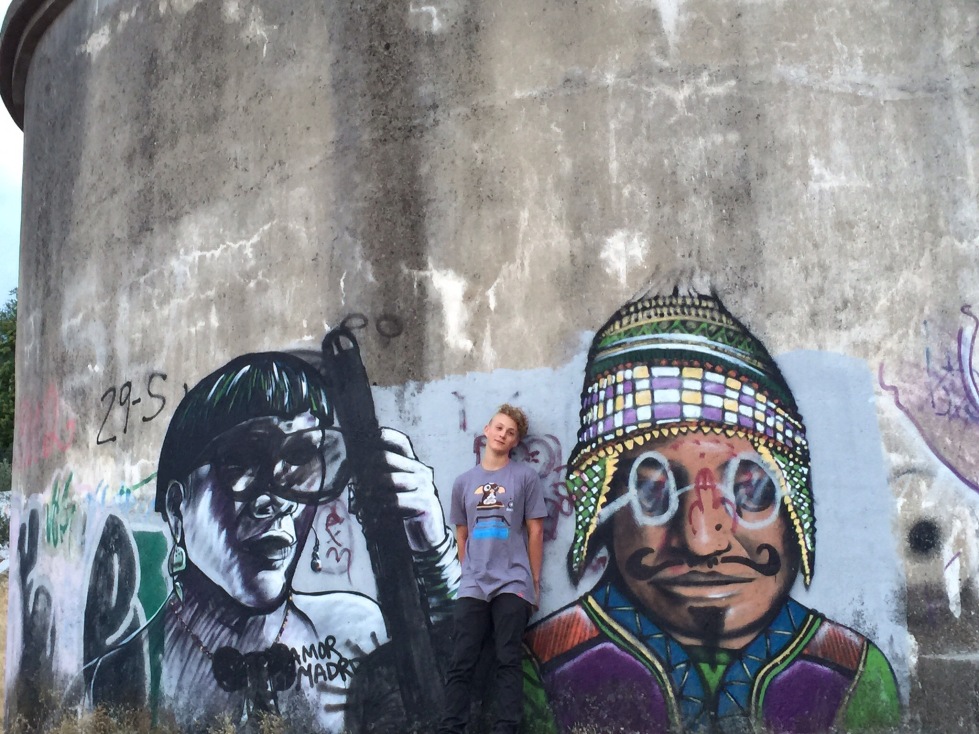 On the walk down the hill, we took a different path.

This is the opening to a water well, Aljibe as they are called in Spanish. There are over 25 Aljibe in the Albaicin district. Here is a link to a walking tour through the area using the water wells as points of interest, http://www.piccavey.com/aljibes-granada/. We preferred to get lost in the Albaicin and find our way against following a set path. Getting lost was not a real problem, because once I had eaten at our house and bought food at a market, I could always find my way to either of these locations. It is a very strange trait. I have a terrible sense of direction, that is, unless I have ever eaten somewhere. Any place I have eaten or bought food at I can always find my way to again. 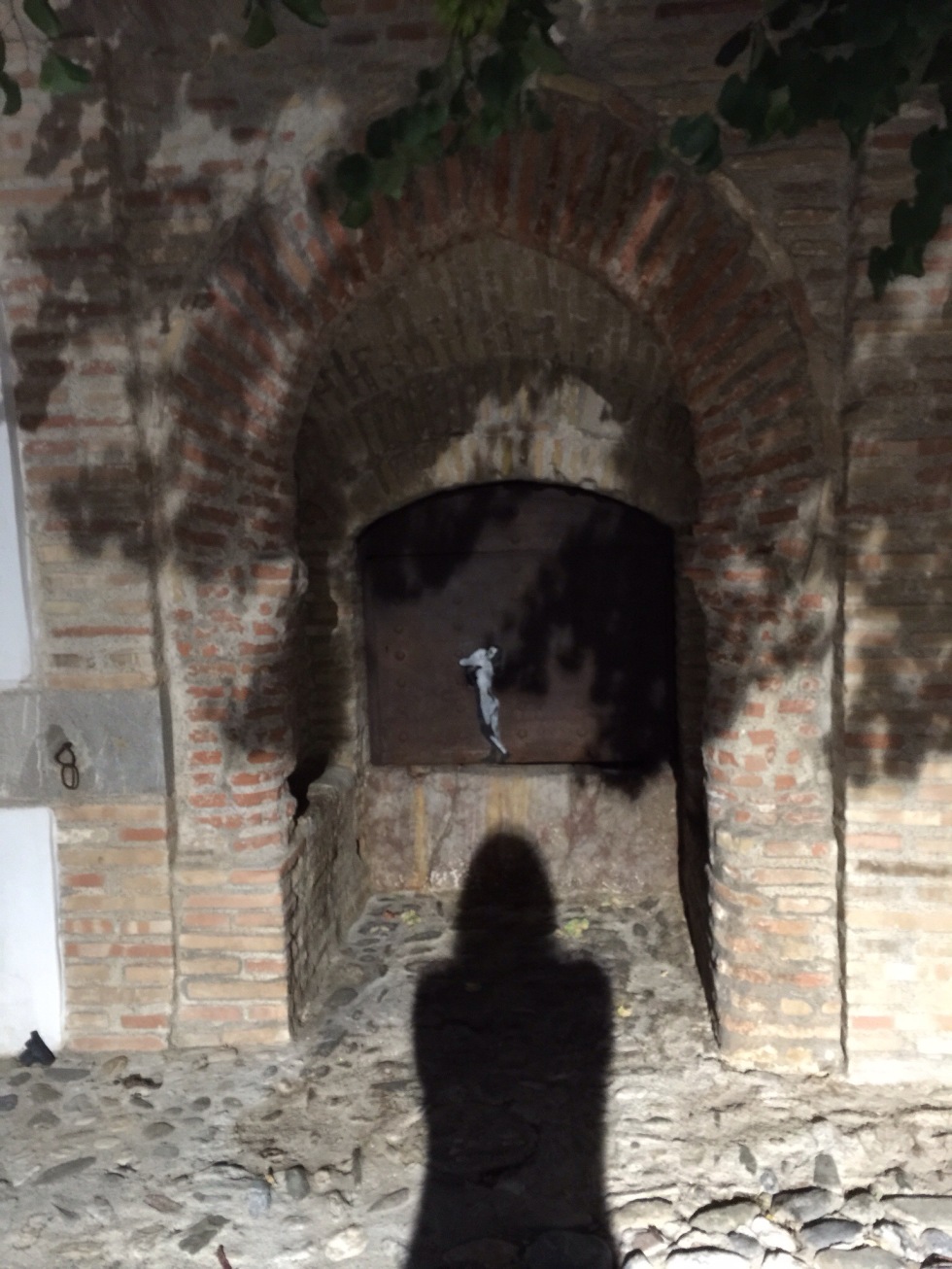 At 11:30 at night with the kids yawning, I said, “Let’s go check the Alhambra out.” We came very close to getting locked in. Wouldn’t that be cool (and uncool at the same time ;-). We just walked in. It is so much more relaxed than U.S. 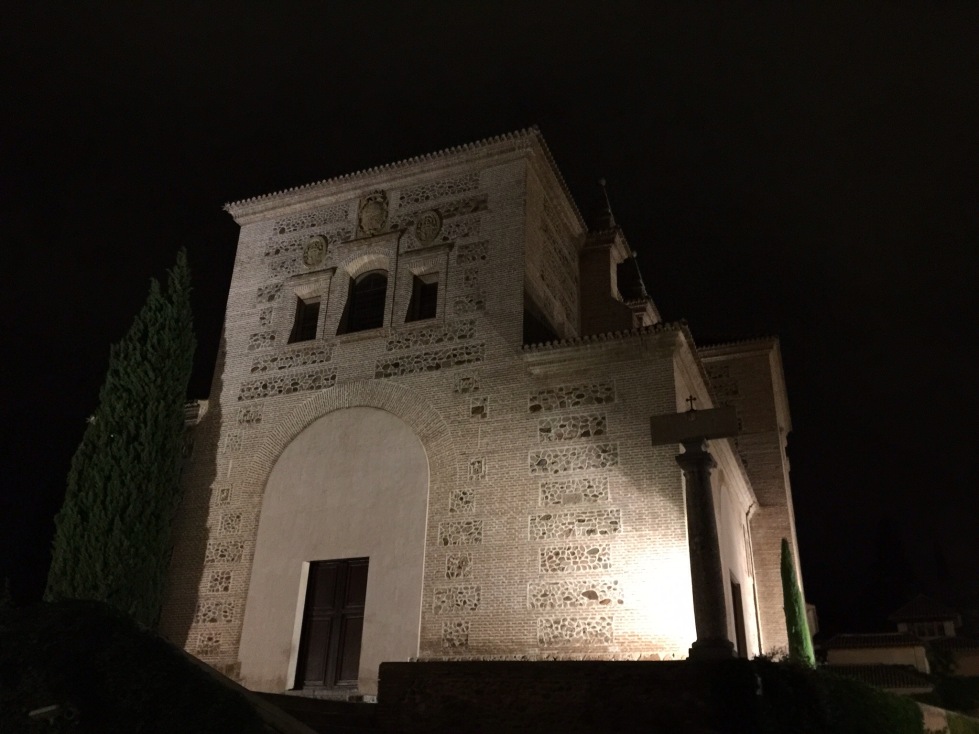 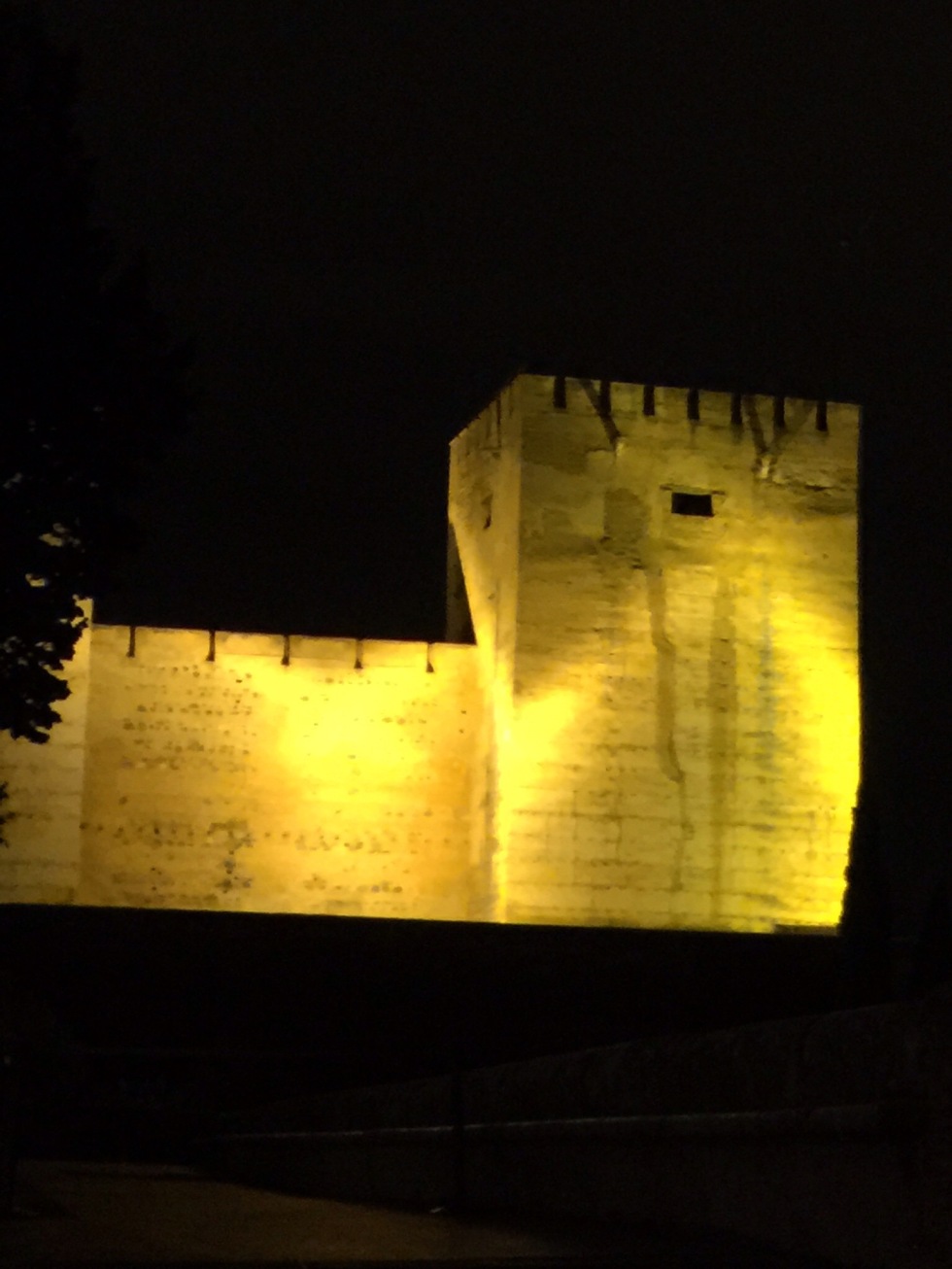 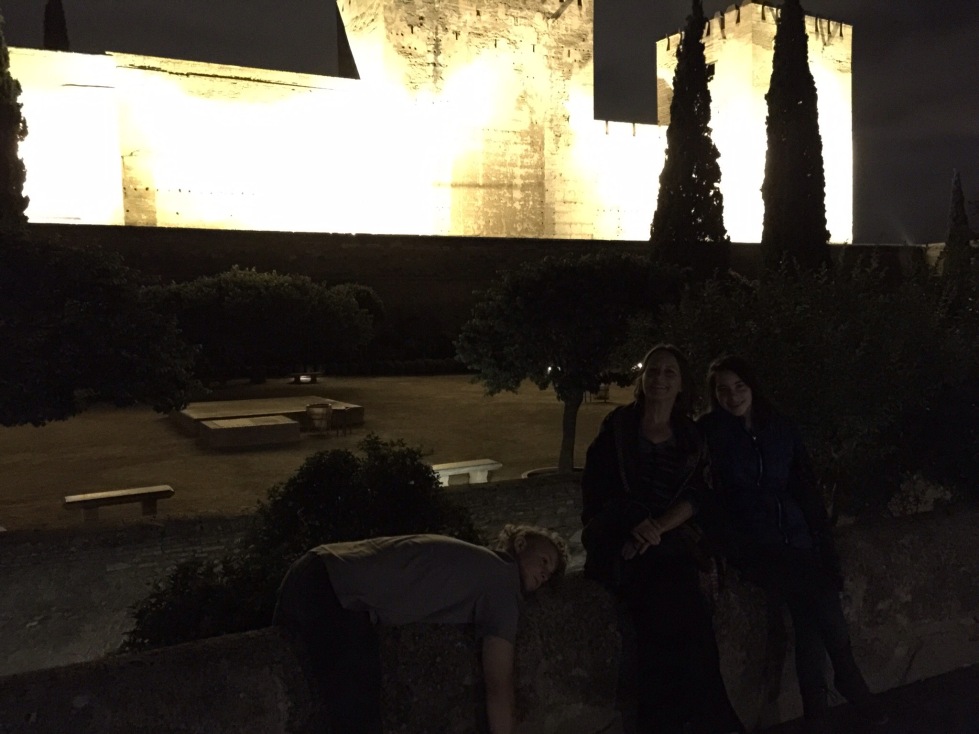 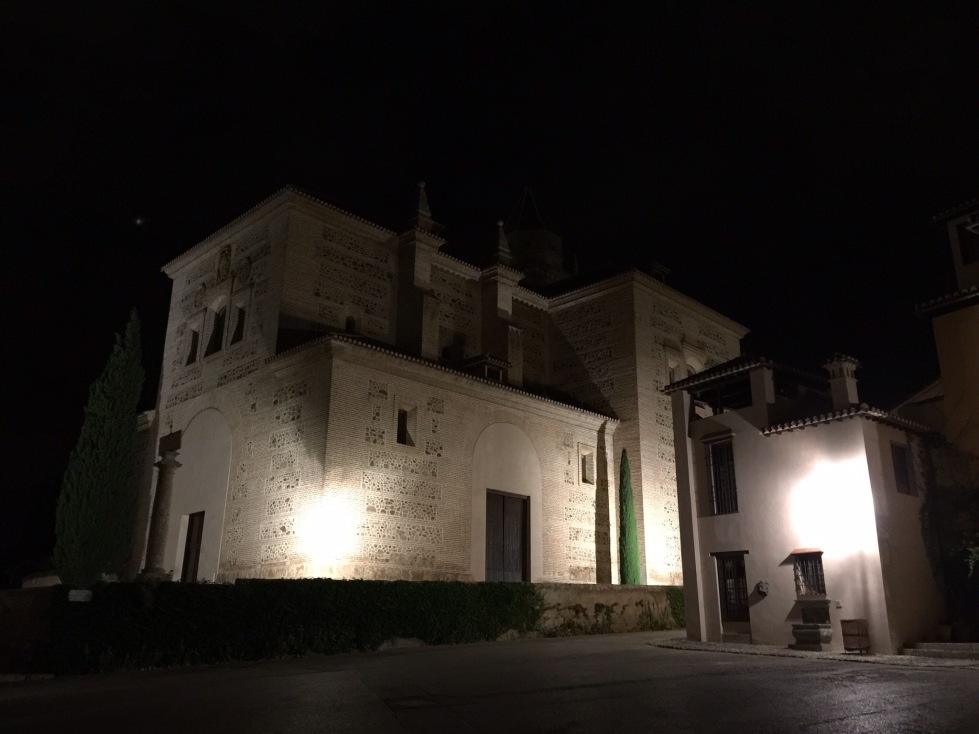 The kids didn’t appreciate it it, but they will. Just give them a decade!