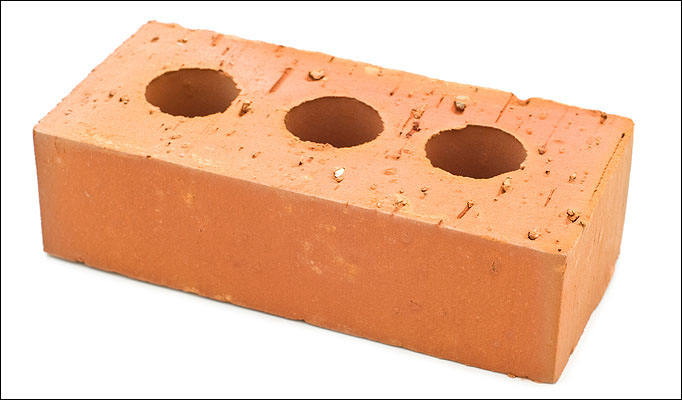 In fourth grade we did something particularly eclectic and innovative for writing. This will not be for everyone, and when we did it I felt as if I was taking Sean’s hand and jumping into the unknown with no parachute. In 1st through 3rd grade, Sean worked through Language Lessons, by Susan Wise Bauer. He loved the grammar but hated the copy work and dictation. I needed something different for him. Between 3rd and 4th grade, I started downloading every free program and sample of a writing program I could find. After reading all of them Sean and I were lukewarm on every one, but I did manage to waste an entire tree’s worth of paper. I needed something different, but what…

It began with a paradigm shift on my part. I took a look at the phrase “language arts” and wondered what language arts would look like if I paid more attention to the word arts in that phrase. What if I treated creating a composition as an art form in the way I would do with oil painting or charcoal drawing? I was helped with this thought process because I write nonfiction, and unlike a lot of people, I am intimately aware that writing nonfiction is as creative a process as writing fiction. A painter who is a realist is just as much a painter as Picasso. Both the realist and Picasso make art that you are able to look at on a canvas.

Before I tell you what we did, here is why I think an innovative approach is needed. Grammar and spelling are determined by a series of rules. Writing and vocabulary are also often treated as if they are rule based, but they are much more complicated than that. For example, people who are “wordsmiths” such as poets and rappers make an art out of how they use words. The use of vocabulary and the actual act of creating your own written dialogue, fiction and non-fiction, is a very creative process. When it comes to writing, there are a set of skills that you need, but if you think about it, every sentence you write is an original expression you have created. I myself was guilty in the early years of looking for that one program that would “teach” Sean to write in a year. But would I expect Sean to take up painting or the piano and be accomplished in a year? Like all art, writing takes time to master. With a paradigm shift on my part, I had a better understanding of how long it takes to master, and the importance of helping kids take their thoughts and being able to get words on a page. If you are planning on homeschooling all the way through or even just through middle school, fourth grade through middle school is the perfect time to focus on your child’s skill with writing in a big and meaningful way.

Once I decided to take more of the approach of teaching language arts from the perspective of teaching it as an art I had to look at the tools writers use.

Writers use words. Words are not exclusive to writing, and I do think it’s a mistake for language arts to focus all the attention from the academic perspective on the written word. We kept on with the practice that we used in Language Lessons where we memorized poetry and various famous speeches. One of the things that I wanted to do with language arts was to create a program where Sean accessed all learning modalities: visual, auditory, kinesthetic, and tactile. This is something that I incorporate in my science texts as well. I think this is an area, in particular the accessing of kinesthetic and tactile modalities, which is much easier to do in the homeschool setting. It just works better at home to allow kids to get up and move around and make a big mess. But I write with the written word, and the goal was for Sean to be able to do what I like to call getting words from his brain, through his arm, down the pen, and onto the page. This is a little misleading, because during the summer between third and fourth grade I had Sean learn to type. The last two should be changed to: “through the computer keyboard, and onto the screen.”

The first week: What we did for language arts in fourth grade.

I wrote the word brick on a whiteboard. Sean and I discussed the connection with the letters in the word and sound of the word. I also wrote the word brick as it would appear in Cyrillic. Not the word for brick in a language that uses the Cyrillic alphabet, just how the word brick would look in English using a different alphabet. I wanted Sean to make the connection that letters and words are simply symbolic representations for larger concepts. After that, I had Sean close his eyes and come up with a vision for the word brick. Next, I had him draw a brick. I was not allowed to watch him artistically create the visual representation of the word brick. I left the room and had no idea whether he used crayons, pens, pencils, or chalk. When he told me he was finished, I drew a representation of his brick using colored markers on the whiteboard. At this point, I still had not seen his brick. I asked him when I was finished if my brick looked like his. It didn’t, of course. That was part of the point of the exercise. That is because Sean’s vision for his brick looked different than my vision for a brick. The brick that I drew was grayish black, it had a crack in it, and it was crumbling slightly. I am terrible at drawing by the way.

Sean and I then compared the drawings of our bricks. I asked him to tell me three ways that his brick was different from mine. I wrote a sentence on the board based on what he said. An example of this would be, “My brick is red, new, and not crumbling.” Then I asked him if he thought bricks were beautiful. He didn’t think so, and so we talked about how you could use words to make bricks beautiful. For example if you use a description of the bricks used to build a house in Colonial Williamsburg, a place we had visited that year, or if you dressed up the word brick by using words like “beautiful brick”, or “The three little pigs were safest in a brick house”. We discussed things like alliteration and how we could dress our brick up with those words. We also discussed onomatopoeia, by talking about things like how the brick would sound if we dropped it on the ground or on our foot. I segued away from this discussion by saying, “I have an idea for a story from looking at my brick. Here it is, “When I turned the corner and saw the dark, crumbling, cracked brick, I knew the house was haunted.” Then I asked Sean if he liked my story opening. I wrote my words down for him, and told him that if his picture made him think of the story opening he should share with me at any time. That was the end of the first day’s lesson.

One of the strategies I used in this lesson is what is called scaffolding. Here is a link to an article that I found on the Internet describing scaffolding in case you don’t know what it is. http://edglossary.org/scaffolding/

I think that scaffolding should be a key component of any writing program.

On week 1, day 2 we did the same exercise using the word love. We also drew a picture of our dog Bedford. From this we had a discussion about the three different types of nouns that we had illustrated: a proper noun, a noun that is an idea, and a noun that was a general thing. We discussed how your writing is affected by how general or specific your starting idea is. This is a particularly important concept for beginning writers who tend to make their ideas too big to write a good tight story around. This was the first time that we discussed this, but it would be a theme that I brought up again and again throughout the year, which was to make the topic specific to keep the writing tight.

On week 1, day 3 we did the same exercise using the words jump, believe, and be.

On week 1, day 4 we did the same exercise using the word blue, tall, and three.

On week 1, day 5: I told Sean the day before that he would be teaching the lesson. I told him that the words needed to be adverbs. I had him make sure he had the spelling of his words correct before the lesson, and he ran a very similar lesson to mine. He wrote the word on the board, then I drew a picture, and we went through the process we had been using all week.

During the week we also discussed what these words represented, their purpose. We acted the words out. We jumped and love when we worked on the words love. We touched a brick and our dog. We observed the many shades of blue. I also used felt letters on notecards to write out the words of the day. It was in this way that I made sure all modalities were accessed.

I think that this would be easy to do with multiple kids. If I were to do this week’s lessons with more than one child I would tell them that every single person was going to get the top grade, a piece of candy, or whatever you use in your house as a motivator, as long as their drawing was original, no peeking allowed.

Over the course of the week, we discussed coming up with story ideas. We discussed parts of speech. We discussed why some words are easier to draw a picture for than others. This might seem like a very simple start, but we were building toward something powerful. A simple start for a vast, complicated subject like writing can actually make the whole process seem more doable. In fact, at the end of the week if you think your child could use more of this sort of exercise don’t move off of it. There is no timeline for learning.