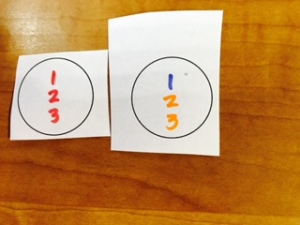 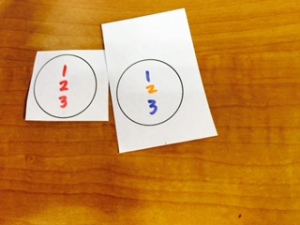 Why Are We All so Different? Lab Sheet Answer key

Bonus: There is a mathematical rule for how many different types of gametes an organism can produce. Think about this lab and how many different gametes were formed. Can you figure out what the rule is? Hint: The rule involves an exponent. 8 = 23 n = 3, from this you can determine that the answer is 2n; You can also tell that the number of possible genetically different offspring, assuming no mutation and no crossing over, will be 22n

Using the rule, you can peek at the answer if you need to, how many different types of gametes can one human make. Aren’t you glad we didn’t use two humans for this lab? For humans n = 23, therefore the number of different types of gametes one human can make is to 223 = 8,388,608; the possible combinations of genetically different offspring assuming no mutations and no crossing over would be 70,368,744,177,664.

Fraternal twins often look very different. Explain why based on the results of this lab.